Apple IOS Update: ‘Live Text’ Feature, What Makes It So Good. ‘Live Text’ is the major feature of Apple’s iOS 15 for the camera. However, the feature is similar to the working of Google Lens works on Android phones and the Google search and Photos app on iOS.

iOS will now recognize any text in the photo, screenshot, or camera preview all thanks to Live Text and the optical character recognition (OCR) which allows Apple to extract text from any image.

It will allow users to copy and paste, lookup, or translate the text in photos, screenshots. Live Text works in Photos, Screenshot, Quick Look, and Safari and live previews with Camera.

Let’s look at the details about Live Text. 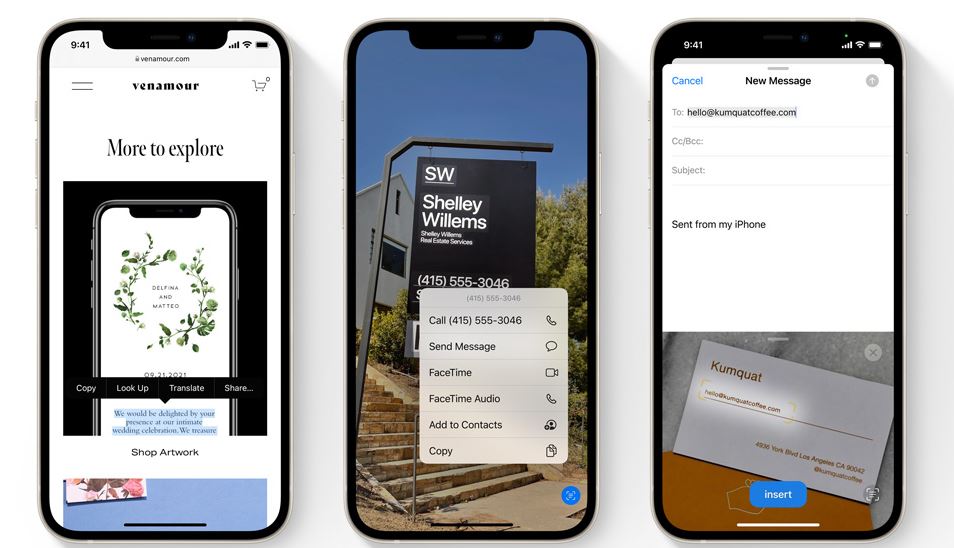 It is already mentioned that Live Text is similar to how Google Lens works, you can point the camera at an image or a business card or anything. Then with the help of Live Text, it is easy to recognize the useful information in the provided photo.

The Apple iOS update, the Live Text can also be used in the camera app by pointing the device camera at an image or picture with text, and then just tapping the indicator icon. At this point, the users will get options to either copy-paste the text, look it up or translate, or even make a call, in the case of a phone number. Thus, it is understood that Apple’s system is smart enough to recognize the text it is extracting.

Do all devices support Live Text?

No, Apple is not letting out the Live Text for all the iPhones which are running on iOS 15. You will need an iPhone Xs, iPhone XR, or later with iOS 15 to run this. All iPhones with A12 Bionic chipset or later can support this Apple iOS Update. English, Chinese, French, Italian, German, Portuguese, and Spanish languages are being supported by Live Text for now.

How to get started with Live Text? 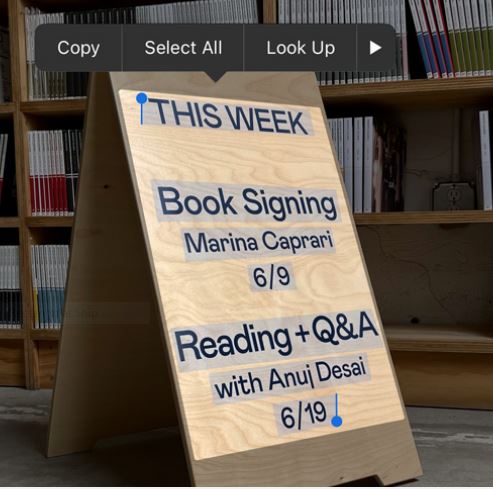 Making calls or sending an email with Live Text!!

Live Text will also let users make a call or send an email if the image has any such details.

Open a photo that has such details. It could be a screenshot of a contact card that someone sent you.

Tap on the phone number or email address.

The menu will give an option to either Call or Send a message to the mobile number.

Apple states that “depending on the photo, image, or website, you might also see an option to Make a FaceTime call or Add to Contacts.”

Though the Apple iOS Update, Live Text, is an interesting feature and much-needed addition to iOS 15, Apple has added various new features for its users, some of which are geared towards Indian users. Apple iOS 15 is compatible with all devices above iPhone 6s, including the original iPhone SE and the 2020 iPhone SE. The iPod Touch 7th generation is also supported.